This is the final week of Horror Month, but don’t forget to check out the earlier installments like Week 3.

It’s the final week for #HorrorMonth and I actually have a few recommends that might be worth checking out. Now the list this final week is a bit short because I kept running into issues. One night my power went out right as I was attempting horror movie number 2. Then last night as I was planning a few more I had marked on Netflix and Amazon, my internet died. So here is what I got for you. 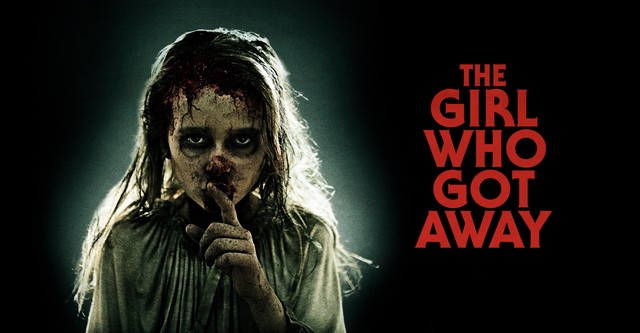 The Girl Who Got Away – This was a decent enough slasher movie. It felt very reminiscent of the original Halloween, but if Michael Myers was a woman. The film also has a few twists and turns that are kind of easy to figure out, but the gore gets you over the hump. All in all I still say it’s worth checking out. SEE IT.

The Deep House – I was really fascinated with how they shot this. Seemed like they were filming in an actual underwater set. The realism gave everything this very cool and haunting feeling. Then add underwater ghost zombies and I’m sold. The downside however is the plot and then add on top of that a terrible ending, I can’t unfortunately give this anything higher than a RENT.

The Nest – Well this was absolutely dreadful. I never saw the original film that this is supposed to be based on. The was originally titled The Bewailing so I’m guessing maybe just a remake in name only. There’s no way the original could be as bad as this. This movie is boring as hell, terrible dialogue with terrible acting. Terrible everything. SKIP!

Nobody Sleeps In The Woods Tonight 2 – Took me a bit to remember if I even bothered seeing the first one. But I believe I reviewed it last year. Either way skip the first one and go right into the superior sequel. Some how this was such a fantastic improvement over the first film. No spoilers, but the 2nd act shifts and we change perspective, following two characters you would not expect to be following. SEE IT.

Death Ranch – This one was an over the top, fun, gory as hell homage to 70’s blaxploitation films. With a bit of Troma mixed in. It has a bit of a short runtime, barely running over an hour, but it never outstays its welcome, giving us a fun bloody ride worth checking out on Amazon. SEE IT!