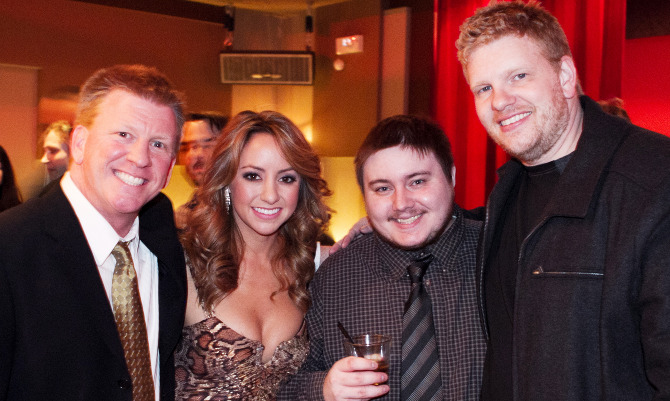 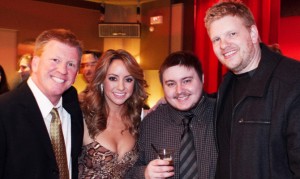 We’re back with our second person “in the biz.” Today we’re speaking with Dale Zawada, who’s going to tell us what it’s like to see one of our babies on the big screen during a film festival.

I recently had the pleasure of attending Dances With Films for a screening of my first feature film Worth The Weight. My goal was to enjoy it and more specifically, survive it! Our screening was at Mann’s Chinese 6, so after hanging out with Spider-Man and Jigsaw for a bit outside, it was time to go inside for our Hollywood screening.

Dances With Films had a great “green carpet” event before the screening as well. It’s just how you think it is. Cameras, bright lights, and non-actors like myself feeling pretty awkward and wondering if I’m smiling the right way. I found the best way to go about this is to just be yourself, don’t act Hollywood, and when people want to take your picture, give them that goofy smile your grandma loves so much!

That will go on for a while. But then it’s time. Time to go inside with a couple hundred people to watch the movie you wrote. I hope you brought tums! There’s a good chance YOU’VE seen the finished project already and are happy with it but you always wonder if THIS crowd will dig it. It doesn’t take long to find out if they will. When there’s laughter after that first joke hits, it’s an amazing feeling, and you can just sit back and enjoy the experience with 200 of your new best friends. Enjoy it. I can’t say that enough. It’s one of the best feelings a writer can experience.

After most screenings there’s a short Q&A with the cast and crew. I always assume nobody will have questions since the audience JUST watched the movie. I’m always wrong though and there’s usually some really cool questions people have, which is great because it means they have interest in your work! As usual, I just found being honest and true to yourself the best way to answer questions about the origin of the premise and other questions audiences have.

Post-screening schmoozing is awkward if you’re not a bubbly person, but you’ll come out of your shell quickly after people tell you how much they enjoyed your film. It’s something that will never get old and it’s special every time. I like to ask what they liked the most so I know what specifically worked so I know for future scripts. I like to know what my apparent strengths are because if it’s your first feature, you really don’t know until audiences tell you what you did right.

These film festivals are why you should continue to write your heart out. Having a movie made and watching it with people who enjoy it is one of the best experiences you’ll have. You know those jokes you wrote months before? You get to hear people laugh at them! Remember that heart-breaking scene you wrote? You get to hear people sniffling behind you. It will confirm all the thoughts you had that you just might be a pretty good writer. You just have to work harder than the other guys and make it happen no matter what obstacles get in your way.

Worth The Weight has future screenings at the Manhattan Film Festival and Waterfront Film Festival in June. More information at www.WorthTheWeightTheMovie.com.